Is it officially christmas time yet?!

I have been to see the Thursford Christmas Spectacular so I am going to say that I think it is time to put the tree up and start singing christmas songs!

Last year I reviewed the Thursford Christmas Spectacular. It was my first year and I didn’t know what to expect. When I received the invite to see this years show, I just knew that I had to go and I knew to expect an incredible show.

If you’re not familiar with Thursford,  it is just outside of Fakenham, Norfolk. Throughout the year, it is a steam museum but when the christmas season gets closer, it transforms into a christmas wonderland. Walking in to Thursford around christmas time is like walking in to a family christmas movie.  There are a million lights in the trees and everywhere is so beautifully and festively decorated.  The staff are so happy and are a friendly face as soon as you walk through the gate. 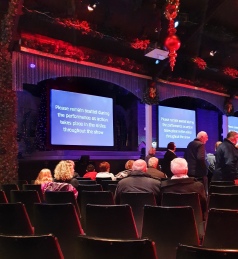 As for the show itself this year, well what can i say? The acts were amazing. This year they are joined by a few from Cirque Du Soleil, which just makes it extra special. The singing and dancing is like no other show. Every single person involved in the show puts in so much work and it does really show. Thursford put in such detail in the whole show from the dancers, to the song choice and variety to the incredible costumes. There is so much going on that makes Thursford the spectacular that it is known for. So far, it has attracted almost 5.7 million visitors and I can see it going from strength to strength every year. This year is it’s 42nd year and it just keep getting better and better. This year there is over 130 dancers, singers and musicians that make up this fantastic show.

It is a family friendly show and there is nothing else like it. They cover genres for everyone. Older songs to traditional christmas to newer releases for younger families. The finale of the show is a fly over from their white doves and it finishes off the show so beautifully. It really is a show that you have got to see! 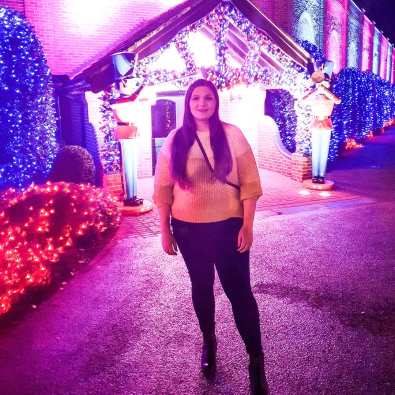 You can find out more information and to book tickets over on their website.

*Disclaimer – We were kindly gifted tickets to Thursford*

I'm struggling. Cleo isn't sleeping at all. Napping for an hour in the day and having 4 hours of sleep at night. I'm shattered to say the least 😭 we see a sleep and behaviour specialist next week but I don't know how much more of being this tired I can take 💔
Elmer was different. Elmer was patchwork. Elmer was yellow and orange and red and pink and purple and blue and green and black and white. Elmer was not an elephant colour ❤🧡💛💚💙💜🖤 Elmer - outfit and rattle gifted #gift #elmerthepatchworkelephant
I think the most important question of the day is....When is the best time to have pancakes?! Breakfast, lunch or dinner! 🥞🥞
His smile is one of the best things to brighten up a gloomy Monday morning ❤ @infantino.uk activity table - gifted
I'm smiling from ear to ear and SWIPE to see why! Over the last few months I have been working with @madeinsnetty on a collaboration!! This design will hopefully be the start of something amazing and I am very very happy to reveal the new 'Not just a mama' slogan! ❤❤❤
Happy Sunday Everyone! ❤❤