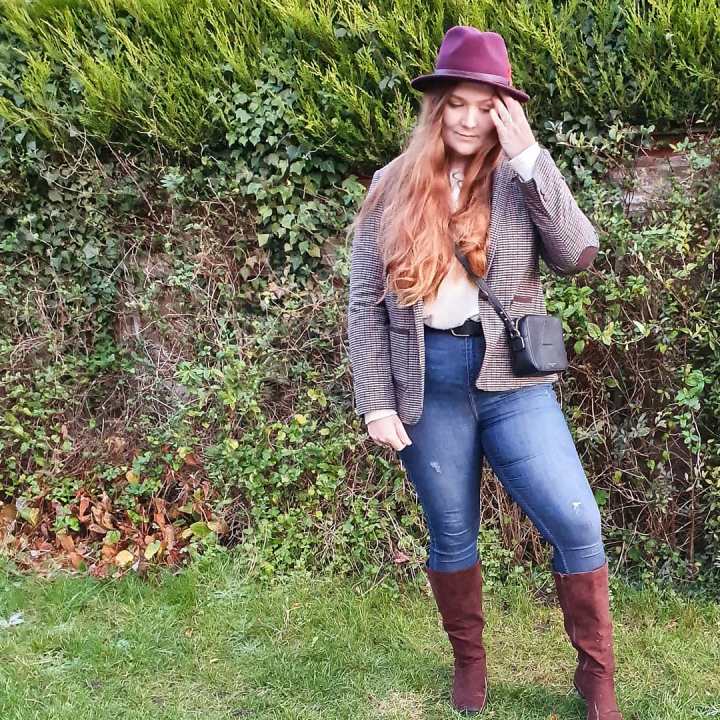 *Trigger warning* This Post will talk about baby loss, mental health, suicide, domestic violence and other triggers. So PLEASE take care when reading!

This post is going to be written like a bad soap opera and as I write this, I may be eating a whole big bar of Aero but it is time that I spoke about 2019 and discuss things that I haven’t spoken about before. It is going to be a tough post but I need to get it off my chest.

It is hard to know where exactly to begin. From the get go 2019 wasn’t the best. I have spoken honestly about my mental health and the affects that Cleo’s birth had on me. Jonny and I had decided that we were not going to have anymore children. In the first week of 2019, I discovered that I was pregnant. Sadly it wasn’t meant to be and I miscarried at around 7 weeks pregnant. It was hard to process and it took a long time for my levels to lower and it was a hard time for us. As if that wasn’t enough, pretty much the same day that we were told this news, I was also told that my Grandad was passing away. He fought for 12 days but at the end of January, he passed away. Something that I haven’t spoken about on my blog is my extended family. I have 2 half sisters. One of which I had always had contact with and one that until January, I hadn’t spoken to since I was 10 so almost 15 years. After searching for weeks and weeks, I found my half sister. Unfortunately as the year went on, It was clear that the time between talking was too long and even though I have tired, she has decided to stop all contact.

In March, we found out we were expecting again! A little rainbow baby. After the heartbreak of January, all I wanted was a happy, healthy pregnancy. Early scans showed that we were due in October. It was clear after a few weeks that my pregnancy wasn’t going to be a normal one and at around 10 weeks, I was diagnosed with Hyperemesis or very extreme morning sickness. People would tell me that hopefully by 16 weeks, my sickness would get better but I was just getting worse. From 14 weeks, I was on medication just to function everyday and I had so many hospital admissions. At around 25 weeks, I was rushed to hospital as I had sepsis. If Hyperemesis wasn’t enough, I also got sepsis while pregnant and I was having hospital appointments for my mental health and to check on baby! At 30 weeks, it was decided that I was to have a c-section at 39 weeks. Silly me, thought that something might actually work out for me and go to plan but no. I woke up on 5th October at 38 weeks to find my waters had broken so we were off to hospital for my second emergency c-section! What are the chances! Luckily Brody was healthy and I am going in to 2020 with my gorgeous little boy.

Something huge happened to my family in July of this year. I discovered that my Mum was in fact the victim of domestic abuse. When confronted, my Dad actually threatened to kill me while pregnant. I haven’t spoken about this until now and it has been a hard 6 months. Countless police visits and meeting with solicitors courts but thankfully after working so incredibly hard, we have helped my mum rebuild her life. Due to certain things happening, there has been suicide attempts from my dad. It is heartbreaking to have to ask your siblings if they want to see their dad, just in case he doesn’t make it even though, he tired his hardest to hurt our mum in every aspect of her life. It is hard to help one parent rebuild their life while the other does everything to try and destroy it. This part of my life is continuing in to 2020. I want to talk about openly about this and domestic violence will be something that I will be talking about more on blog and social media. It is now a huge part of my life.

There have been internet trolls and hard times online and when I sit here and think about 2019, It was a really hard year but at the same time, we had some of our best times. We got our little Brody, Elsa started school, we went to Disneyland and we made so many amazing family memories and went on so many adventures! I do feel so much better getting this all out in one post.

Baby Fisher will always be remembered and I will be lighting a candle on the day that we found that he or she existed. ❤