So I’ll start with a bit of a back story incase you didn’t know the story of my Daughter, Elsa and her Uncle, Rory. In January 2015, Elsa and Rory were both born with 17 days between them. So Uncle and Niece both born within 3 weeks of each other, it was always going to be a unique experience from the offset.

But obviously for a while Elsa didn’t realise that Rory was any different to her. I didn’t feel the need to explain anything to her other than Rory might do things slightly different to her but to be honest, I didn’t even really need to do that. Elsa just carried on and didn’t seem to even notice that Rory had Down Syndrome and when he had his stoma due to his Hirschsprung’s Disease, Elsa was only a newborn so was way to young to notice that Rory had operations or had a stoma bag. 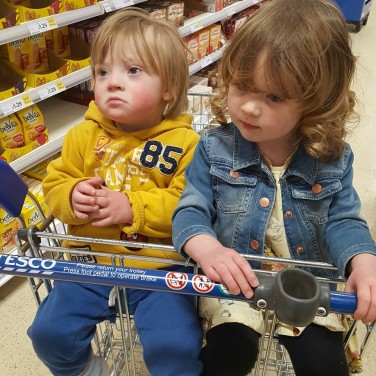 As Elsa has got older though, this has all changed. Drastically.

Over the past year or so, Elsa has become more inquisitive. Like most toddlers, she asks what feels like a million questions but the ones she really wants to know the answers too are all about her Uncle Rory. First it was questions about the scar on his belly then it would be questions about Down Syndrome. I guess she must have heard us talk about DS and just wanted to know more and understand what we were talking about. I think it was at this point where I had to make the decision on whether to be completely open with her about it or explain it to her as if she was toddler but she wasn’t asking questions that a toddler should ask which made it harder to decide what to do.

People will say ‘Well she is only a toddler so explain it as if she is a toddler’. But when you have your 3 or 4 year old standing in front of you asking question after question about the definition of Hirschsprung’s, you kind of have to think of how to approach the question. We didn’t even know what it was until Rory was born!

Why has Rory got Down Syndrome? Why did he get it in Nanny’s Tummy? What is a chromosome? What is Hirschsprung’s and do I have it? Why does Rory have a big scar on his tummy? Why did Rory have some of his bowel taken away? Why does his belly not work?

How can I as her Mummy be anything other than open with her!

My toddler was asking adult level questions and they were medical questions. To me, the only way to answer them was honestly. Elsa will come and tell me that she wants to talk about Rory’s diagnosis. She will now explain to me and other people exactly what Down Syndrome and Hirschsprung’s is. She will tell me that Rory’s bowel is smaller than hers because he had an operation to remove some. Not once has she not understood what I’ve told her and she openly speaks to me and asks me more and more questions about it all everyday.

I am incredibly proud of the fact she asks mature medical questions about it and I hope that it will encourage her to raise awareness and spread the word about Down Syndrome and Hirschsprung’s. No matter what she asks me I will always be honest with her, it just seems to work best for her. I don’t know if Cleo will be the same but I will do exactly the same with her if she wants to ask questions like her big sister. 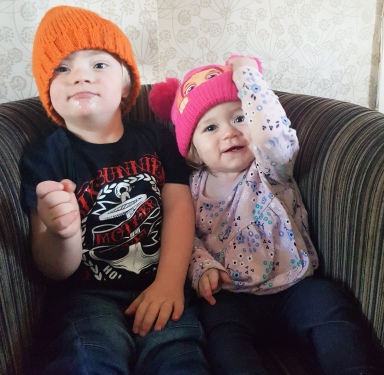 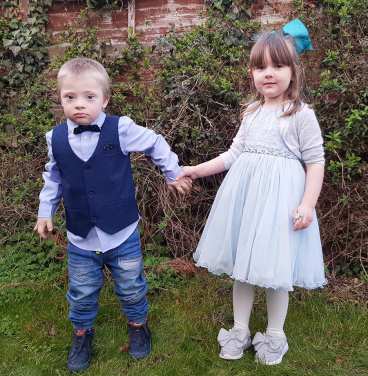 I want to know: Would you do the same thing? Comment below!

Before you go outside ask yourself... Is it worth it? Can I work it? Can I put my thing down flip it and reverse it? - Missy Elliott
We had so much fun playing in the garden yesterday and today we are going to be doing exactly the same thing! We were meant to be going on holiday today so I need to find something to distract myself from thinking about it!
Time for PE with @thebodycoach for Elsa while I do some blog work ❤ is anyone else enjoying PE with Joe every morning? #pewithjoe
I can't wait for this all to be over. To be honest, I still can't believe this has happened. I must remember to think of the positives in a situation like this❤
So it looks like Daddy is at home with us for the foreseeable future. We are going through a really scary and overwhelming time at the moment. I'm going to write a blog post later as I feel like I need somewhere to dump my thoughts! I hope everyone is doing ok ❤
Good morning everyone! I wonder what today will bring! I'm going to attempted to homeschool Elsa starting today so wish me luck! We had about 3 hours sleep thanks to Brody and Cleo. We went for a 5 mile walk across fields and through woods yesterday. Cleo didn't nap all day and she still only slept for 3 hours! I don't know how she does it! I hope everyone has a good day ❤